I was invited down to the Revolution Cycling Team Training Camp again this year.  Revolution Cycling Team is a team my Dad started several years ago. He has been setting up a training camp down in Brown County for the team for several years. Since I have been a resident of Indiana, have a bit of knowledge in bike racing and have put in many miles on the roads down that way I go down to help lead some rides and talks. It's an absolute blast, regardless of the weather.

This year was a bit different as I happen to personally coach a few of the riders as they are FasCat riders. So it was great to get in some rides with them and talk. They of course are all riding super strong!

The weather this year was quite interesting. Started off on Thursday with 70 degrees and by Sunday was below freezing with snow flurries! But that didn't stop the Revolution train!

Something new we did this year was a gravel ride! Obviously I suggested it after getting my new Giant Revolt gravel bike. But it works out awesome with Barry Roubaix only 2 weeks away which is a huge gravel event up in Michigan.

The gravel ride we had was quite the adventure. We had a bit of rain on Saturday before Sunday's gravel ride. During the ride some Garmins were going off with the weather advisor of flood warning. Everyone just shook it off. Well about half way through we had to ride through a water crossing, it was fun. Around the next bend was another, but a little deep, no worries hike around. Then another one, soon it wasn't cute anymore. Got to some pavement and some different roads and all was good. Make a turn and a sign straight in front of us said road may flood. Should have listened. After some more water crossings and hiking we basically came to a dead end since the road was under a lake and now way around. Good times! 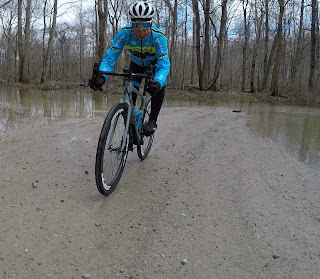 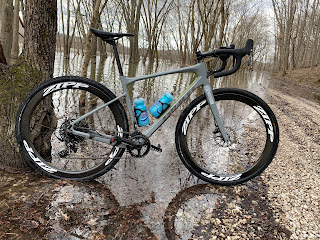 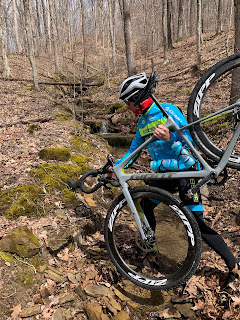 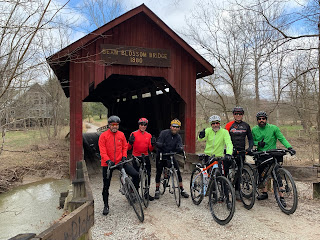 Here are some Videos I took.

This weekend is Lowell 50. My first official gravel race!